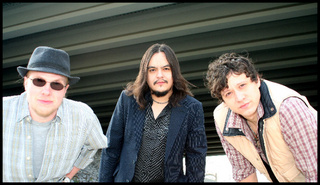 "Mellow Down Easy's songs are a soulful mixture of guitar-driven, classic rock-flavored, Outlaw country-tinged, Blues-inspired music which is all tied together by a unique, highly original sound that is all of their own.

The band's music has also received acclaim by artists as diverse as the legendary Johnny Cash, Ryan Adams, George Jones, members of Lynyrd Skynyrd and rapper Young Buck from the popular hip-hop group, 'G-UNIT' to name a few.

Daryl Dasher spends his off-time touring with country artist Ricky Lynn Gregg. Also, Dasher has been in the studio with producer Jerry Bridges (Waylon Jennings) working on a solo project.