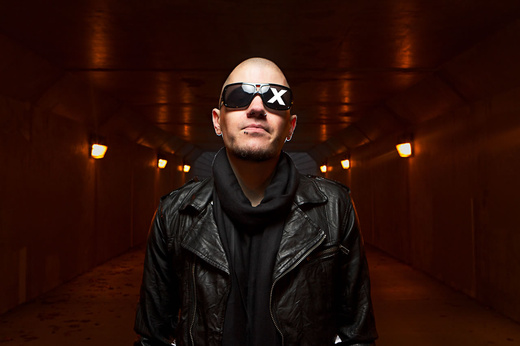 Only one word comes to mind when best describing 27 year old Seattle rapper K-TRUTH _______ Interesting! Originally residing from Central Illinois before making his way into the Northwest Hip-Hop scene, K-TRUTH has managed to plant his feet with a completely new sound of his own. Now with 9 + years in the making, over 150 songs recorded- including his latest release “The Search For Greatness” (A creative blend of Hip-Hop and Electronic-Dance), and nearly an entire Midwestern region as a fan base, K-TRUTH’s journey to the top these days could easily appear to be within arm’s reach.

The best way to accurately describe K-TRUTH’s music would be by taking the following genres: Hip-Hop/Rap, R&B, Electronic-Dance, and Pop, combining them together and then throwing them in the oven later to be served as a delicious meal for your musical appetite! Granted K-TRUTH’s sound is very much one-of-a-kind, his music can also be heard in more internationally known named artists, such as: Pit Bull & Tech N9ne, where indeed the majority of his inspiration stems from. Pit Bull of course providing more of the “upbeat-dance” portion of his sound, whereas Tech N9ne inspired more of the intricate rhythmic patterns and delivery, then when combined with K-TRUTH’s own unique style and sound on top of it all, it makes for a very interesting and entertaining piece to say the least.

At one point mentored by former Public Enemy member Prince Akeem (most commonly known for his hit single “Time to Come Correct” featuring Flava Flave, as well as his one solo release “Down with Babylon”, as part of the world renown Rap group, K-TRUTH soon after began to build his own repertoire based off of his prior experiences with the famously proclaimed “Prince of Chicago.” Prince Akeem, now-a-days referred to as Akdamoe, did multiple collaborations- including 5 track features on the 27 year old rapper’s 2006 release “Something Colorful.” K-TRUTH’s most recent collaboration is that of Seattle’s own Rocky Sandoval (known for his extraordinary singing ability, as well as his continuously growing regional fan base), features K-TRUTH on his 2011 Mix-Tape “Straight out the Notebook- Chapter One,” which includes their hit song “He Ain’t Me.” Rocky, in return, features on K-TRUTH’s 2010 LP “The Search For Greatness,” with such tracks as “Now More Than Ever” and the album’s #1 hit single “Just Go.” Another more recent feature on the LP includes one of Seattle’s more political Hip-Hop icons- Geologic (of the notoriously socially-conscience underground Hip-Hop group Blue Scholars). Although Seattle music typically tends to lean more towards an underground style of sound, whereas K-TRUTH tends to prefer more of a commercial approach; somehow when blended together, its flavor alone could put even Starbucks out of business!

K-TRUTH’s success over the last 9 years, to some, may appear a bit hidden or even non-existent, so-to-speak, but to those who have grown up around the promising young artist and know him well, will tell you K-TRUTH is very much a success already. It will not be long before his music is not only heard, but appreciated and respected by the masses.

“There is no gift in this world that I cherish more than of the people that listen. Allow me to inspire you, as you already inspire me”