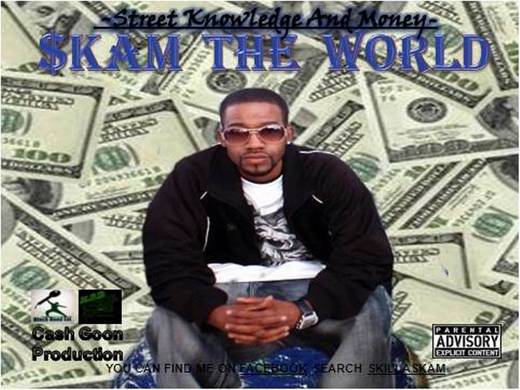 $kam Money all day everyday, $kam was born in Waterbury, Connecticut and he moved to Greensboro (G-CITY), North Carolina when he was 6yrs old so it’s 336 FOR LIFE. $kam Money grow up in Greensboro with only his Mom, Dad and sister so he had to make friends and some of them he called his brothers. Life in Greensboro was never easy for $kam's family they only knew struggle so he started finding ways to make money and a lot of people know what I’m talking about. Eventually, he drop out of school for a few mouths until he want to Job Corps. People in the hood call him $kam Money because his real name is Kamron and he always got a real official way to make money so the name $kam just stuck with him and he ran with it.

$kam was a rapper long before he got the name $kam Money but he didn’t have a good name so he picked the name the streets give him. He had a good name and hot lyrics but no one to record him so after dealing with different studios wasting time and money he run's into this dude named Born who was the type that didn’t wait for no one just like him so they clicked and became good friends until this day.The great thing about Born was he knew how to record himself and $kam needed to know how. They use to battle rap all the time so their rap skills can get better and one day Born said "Your flow is fire! Let's go and record you $kam" the first thing $kam said was “how much” and Born said “I don’t waste money on studios” and than he showed $kam the basic steps in recording yourself. The day came when $kam had to move so he ended up buying the things he needed to record himself.

When $kam learned how to record himself it saved his life because he has been rapping since he was 12yrs old and he always liked to do things for himself. Since, he started recording his own music at 19yrs old he now knows how to edit his own music videos and mixtape covers. $kam Money will work very hard on every last song that he does because everything is done by him. Sometimes, he will even make his own beats but he prefers to use other people beats. $kam Money started Cash Goon Productions and Black Hood Entertainment to allow people in the hood (not just black) to have access to be able to put together a good sounding demo or mixtape. Since, he started Hood Entertainment $kam has recorded HUNDREDS of people in his own home and never had any problems I guess real recognize real.

$kam really love what he is doing for people so, he started Cash Goon Productions after he showed his self how to edit his own music videos and mixtape covers. He wants to help people get their selves a little exposure in the streets. $kam Money has worked with a lot of talented artist in Greensboro and all over the east coast and he know he can learn more so, he want stop until he reaches the top. He is grinding hard in the streets with his new Hoodmix "The Art of a Konman" so the streets need to get ready for $kam Money. Skam the World coming soon!!