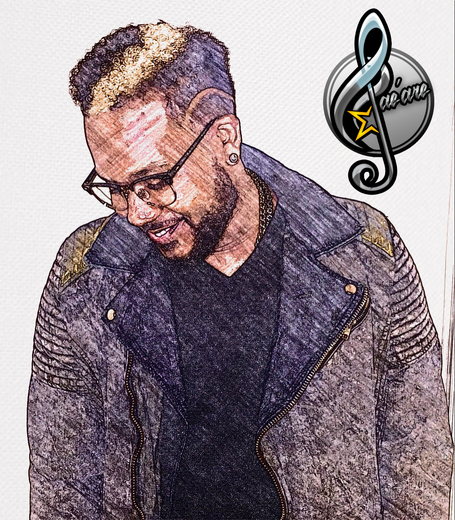 Jae'are is a Pop, R&B and Latin artist with a melodic and rich tone to his voice that suits a wide array of sounds. Jae'are has also been taking strides in his music career to stake a claim in the music industry.

Jae'are discovered his voice late while in high school . Originally part of a six person group, he eventually decided to go solo with his music career. This Dominican, New York native has been honing his skills not only as a singer, but also as a songwriter, composer and producer. His music is inspired by greats such as Stevie Wonder and Marvin Gaye. However, Jae'are's more recent musical influences include writers, artists and producers such as Tyrese, Tevin Campbell, Usher, Trey Songz, Ryan Leslie, Kanye West, Dark Child, Rico Love and Timbaland.

After deciding to take his act solo, Jae'are embarked on a journey that would later be the motivation for his album Lost in the Moment. Much of Jae'are's early work was in the genres of Hip Hop and R&B. A few songs into his solo journey, Jae'are felt his versatility would be better suited for the Pop and R&B genres. In the summer of 2010, Jae'are began work on his single "You Should Be With Me" with InVaderz producer Theron "T-Ron" Lewis. With a successful single release later that same year, Jae'are decided to continue working on more music with the possibilities of launching an album.

Soon thereafter, Jae'are began performing and showcasing "You Should Be With Me" around the tri-state area. In the winter of 2011, Jae'are began planning for a complete album with new songs, new sounds, new songwriters and new producers. Still working with T-Ron of InVaderz, Jae'are also reached out to talented producers such as Terrence "Ray Boy" Nelson (of BET's 106th&Park house band ) and Atlanta's own Devon "2 Face" Johnson.

Early September of 2012, Jae'are launched his official website www.jaearedastar.com. Later that month, on the 12th, he then released his first single titled "Tease" off his much anticipated album Lost in the Moment. Jae'are has learned to draw inspiration for his music for this next album from all walks of life. He has even looked to his Dominican roots to write and produce a couple tracks for this upcoming album. Excited to share his music with the world, Jae'are hopes that his passion and love for music shine through his work. He wrapped up work on his Lost in the Moment and released it on 12/12/12.

Produced by 2 Face and performed by Jae'are, "Tease" is the only track on Lost in the Moment​, where Jae'are showcases a little bit of his Hip Hop influence; his ability to rap.  "Working with Jae'are was like a breath of fresh air. [He's] talented, pure and unique. Jae'are is the next best thing. He works hard to play later. Nothing [is] stopping him!", states 2 Face.

Fast forward two months later, on December 12th, 2012 Lost in the Moment was released worldwide on distribution sites such as iTunes, Google Play, CD Baby, Amazon, Rhapsody and more. Since the release of Lost in the Moment, Jae'are has been working on the release of a series of music videos from his debut album. Having recently wrapped and released his music movie titled Criminal, Jae'are can be found performing at open mics and showcases around the tri-state area.

While performing in and around the tri-state area when not working, Jae’are is currently simultaneously working on a project he calls “Creative Covers”, where he covers and puts his own spin on hot hits like Drake’s single Girls Love Beyonce (Say My Name) and Miguel f/Kendrick Lamar’s song How Many Drinks?. He won’t reveal much of what else he’ll cover on this project, but it’s safe to say that a possible mixtape or sophomore album is definitely in the works.