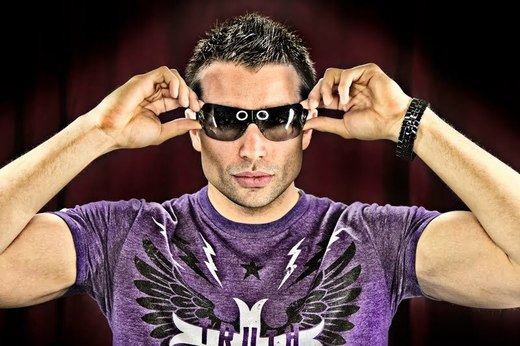 Many artists struggle to establish their musical identity, laboriously trying on different musical styles like a piece of clothing, looking to find what fits. But there are others that emerge fully formed, in full command of their craft, their identity and their music. Andrew Kent fits firmly in the latter category. His recent EP that is in the works is a captivating and moving debut that heralds the arrival of a gifted and significant new talent, one whose music feels familiar in the best possible way, while striking out on its own territory.

A California born boy who grew up in the Fort Worth, Tx area had always been in choirs and singing, but didn’t take a music career seriously until his early 20’s. He explains, “I always had ideas of melodies and harmonies but never had the idea to take it anywhere. After I began writing songs and arranging harmonies for myself and others it hit me. I need to be doing this…this is a passion that has been burning inside of me for a long time and it’s time to let it spread.” Immediately after, he began taking vocal lessons and really devoting time to music and even received a vocal scholarship to West Texas A&M University. “Music filled a space in my heart and soul that I never knew existed and that’s where the birth of Andrew Kent happened”, he said.

Andrew began collecting recording equipment to create his own works of art for his friends to listen to and enjoy. He also began to attend open mic nights and karaoke contests to begin to gain a stage presence to go hand and hand with his music. He began winning and gaining recognition all over the city and anywhere he traveled. With the R&B style influenced heavily by Brian Mcknight, Boyz II Men, Babyface, Justin Timberlake, Robin Thicke and of course all of Motown Andrew Kent became a rare entity in that genre. Andrew began being contacted by local artists to sing hooks for their projects and singles. Once he gained the confidence to really push his own music, he then thought it was time work on himself and his individual project.

Andrew is currently working on his first EP that is driven by what he says is what he feels music should sound like. “I have finally reached a vocal level to really go for what my heart has wanted all this time and really show the world what I am capable of.”