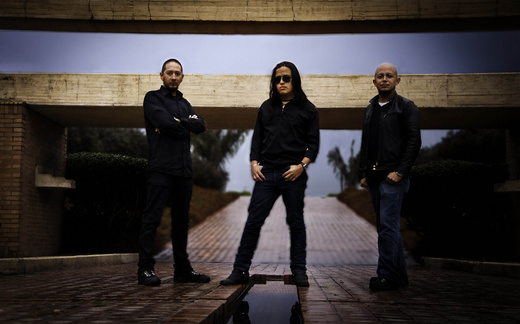 Altered Symmetry is a progressive metal band from Bogota, Colombia; the band was founded on 2006 b
Miguel Martinez and Julian Cadena

The band name “Altered Symmetry” comes from the necessity to alter the symmetry exposed by commercia
artists today, their music chooses to break rules and to experiment with many different musical elements
Bands like Rush, Queensryche, Dream Theater, Pantera, Metallica and Megadeth among others, have been
great influence of the band, this mix of styles allows them to create their own sound, even altering the musi
symmetry from the artist they admire and respect

The band’s history goes back to 2008, when (under another bandname and being Miguel and Julian the mai
songwriters) the band participated in two of the most important festivals in the city of Bogota: “Rock bajo l
septima” and “Exporock 2008” and won out the best band award on both of them

During May 2010, while the band was working on their debut album, with Arley Gomez as front man the ban
released “Covered”, a four song EP with covers from bands not bonded to the progressive style, this allowed th
band to experiment with the songs adding progressive elements that had always been a main characteristic o
the band

For 2011 the band will release “Prologue” a full album with lyrics based on short literature were the influence o
autors like Anton Chéjov, Ryunosuke Akutagawa, Edgar Allan Poe and Charles Dickens is shown

About the band members we can say that Arley has an amazing voice, great melodic sense and an amazin
writing skill, Miguel as a guitar player is always doing unexpected things, heavy riffs with the right notes, ful
of ideas with own identity are the elements that give strength to the band, Julian Bass gives body to the band’
sound, appears when needed, has a wise use of space, and becomes a main element for the band sound.