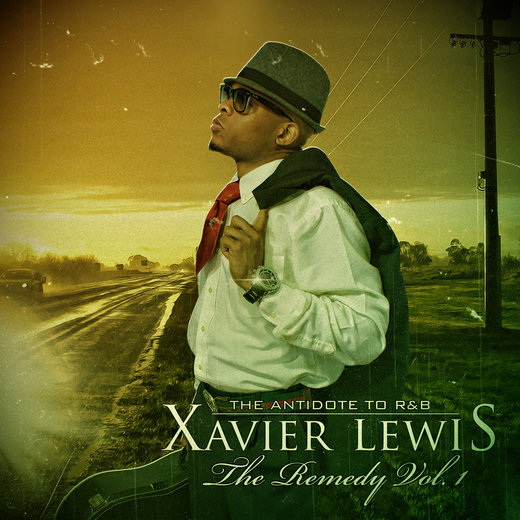 Xavier Lewis The Antidote To R&B

About Xavier Lewis The Antidote To R&B

His first name begins with one of the last letters of the alphabet, but there's nothing “last” about singer/songwriter Xavier Lewis.  On the contrary, this outstanding vocal talent is about firsts, being unique and standing out in the crowd.

His humble focus, dedicated determination, inspiring perseverance and never-ending work ethic have already begun to build Xavier a very impressive portfolio. Xavier has also had the privilege of touring and performing overseas in Madrid and Barcelona, Spain and Winnipeg, Canada as a solo act, as well as touring stateside for 2-1/2 years as a backup singer with Sobe Entertainment’s R&B vocalist Urban Mystic.  He's even become an international and viral sensation, by way of his standout performance on NBC-TV's hit talent competition “America's Got Talent” in 2008.  The show had him represent that season's talent with an appearance on the national morning show, NBC's Today Show. Most recently in January of 2011, Xavier became the Grand Prize Winner of the Georgia Lottery All Access Music Search for POP/R&B debuting his Hit Single Georgia Clay LIVE on WSB. Georgia Clay has already begun its legendary journey by finding its way to Capitol records where Xavier remixed the single on the same historic microphone as the Classic, Frank Sinatra.

With the accolades, the charisma, the voice and the talents, singer-songwriter Xavier Lewis is truly an aspiring, and inspiring, legend who has caught the eye of both the industry and consumers. Having accomplished many great feats already, the only thing left for this steadily rising R&B star to do is to bring soul back to R&B.  Ladies and gentlemen, introducing the next musical phenomenon, “The Antidote to R&B,” Mr. Xavier Lewis!

Xavier Lewis The Antidote To R&B