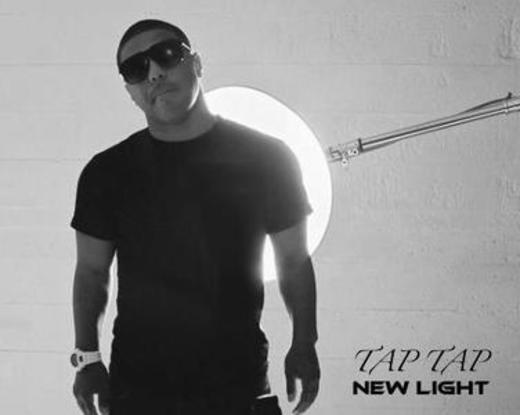 TAP TAP started his music career at the young age of 13, performing on various local projects in his home town of Tacoma WA; a suburb of Seattle. Due to his father being a producer and musician, TAP TAP grew up in studios of all sizes. Developing his craft as an Artist and Producer, his own crafted lyrics and tracks evolved into his first album titled “The Suburbanite Album” released in the summer of 2005. The album broke new ground and cemented his place in the Hip Hop community. With a number #12 club hit in the Northwest region and performing in many shows including, "The Hot Imports Night Car Shows" (Seahawk Stadium) "The Red Hook Concerts" and "The MLK Celebration" (Tacoma Dome) each with over 2000 in attendance, he excited audiences near and far. The 2nd Album; "The Rhyme Factory", Was the result of six months of soul searching hard work, in and out of the studio. With the first singles "Not Afraid of Love" and "Westside Story", it is surely was a busy year for TAP TAP and his camp; and as he and his camp prepare for the release of his single "Get Your Ass On The Floor" and the latest full lenth album " The Re-Inroduction "...2012 is going to be a breakout time forTAP TAP! "Being a Myspace Celebrity is all good but you have to remember one thing, is that God choses what happens in your life and im thankful for him to make things happen in my life, and i have a Fan base that supports me and im thankful for every fan i get in this Industry but now coming to this time i think that god has given me a opportunity of a life time and thats the T-Pain Contest. I really Need this Win from this Contest to make my Wildest Dreams come true.I Know i have the ambition and Talent, Now all i is need in GOD on My Side and He Is." He's been on Every Success Artist's Side...I love GOD. LETS GO OURSTAGE.