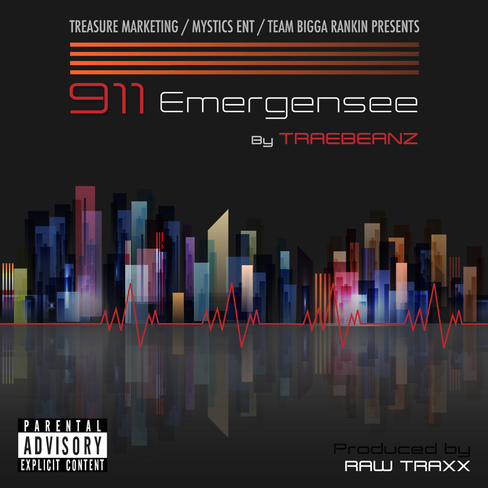 Success does not come without opposition. It shapes your behavior, your character and most importantly your morals and values. Traebeán has had his share of opposition in his life, but he never quit living life. His faith in God, his family and his self have propelled him through great obstacles to put him at his current position in life. While serving a stint in prison he realized that he was his only enemy and with his new found faith in GOD there were no boundaries he could not overcome. Singing is his gift and he has used it to open the world's ear to his sound. His songs are about real issues that people of all walks of life can relate to. Traebeán was born on October 30, 1981 in Tifton Georgia. In French, Tres Bien, means 'very good' and his mother, Linda Hammock, being an educated woman knew this and named him Traebeán. He grew up in a single family household in the lower income area projects Known as "Brookfield Mews" in Tifton and resorted to the only thing that embraced him, the streets. As he got older his stature in the streets escalated. Traebeán started singing at the age 5 and as he grew his singing voice matured quickly, at that age he joined a group called the Crushing B Boys under the direction of Dr. Lou and DJ Freeze. At age 23 he became legally blind, but never gave up on his dream. As time went on, the streets began to pull Trae into its grasp leaving singing behind. Singing became less interesting to him, while making quick money in the streets became his main focus. While chasing the money unfortunately he was incarcerated in a Georgia State Prison with a five year sentence. While in prison, he soon realize that singing was really his passion and no one could take that gift from him. His charisma and persona coupled with his rhythmic blues voice spawned a new genre of music called, R&B Street. This is a sound of rhythmic soul that has a strong street persona. With singles like “On Everythang” he was coined as Southern Region Winner of a Paramount Picture contest for “How She Moves.” Winning the contest gave him the opportunity to perform against two other contestants on Wild Out Wednesday's on BET's 106 & Park. As a finalist, he participated in the premiere of the movie. Other singles are "Get Away" (motivational song), “Trippin ft. Chyna White.” (It's witty hook and its approach to men being fed up with cheating women), among other singles. At this time Traebeanz is at the studio recording the material for his new album tittle "O.M.G" (On My Grind), expected to be released the first week of July, 2011. This album is being recorded at NYC Connexion/LID Production studios and Royal Flush studios in Jacksonville, Fl. and Trapping City Records in Tifton, GA. With productions from Frito AKA Mr. LID (NYC Connexion/LID Production), Terry...T and Rell (Royal Flush), Gill Flo (Gill Flo Productions), Costa Beats, among other great producers to make this album beyond the expected industry standards of a rising R&B recording artist. Traebeanz opportunities have come in abundance since he has been home. He has been a guest host for FOX 5 as an interviewer for the Atlanta American Idol contest, opened for major acts that have come to Tifton, and received rave reviews in magazine articles such as Ozone Magazine and Rollin Out. His business mindedness constantly pursues making his company 229 Entertainment and now under the management of NYC Connexion he have created a solid force to take his career to the next level in the music world. His era as a singer and as a business man is just beginning and he will undoubtedly go down in history as one of the greatest to have done it. “Keep your eyes on God, and you too can walk on water.”