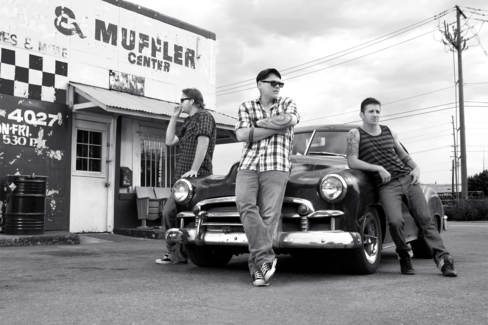 When one hears the words “South Dakota”, a few things come to mind: Mt. Rushmore, buffalo, the Black Hills.  Rock ‘n roll is probably not one of them.  That is, unless you are talking about Sioux Falls-based band, ShowBaby.

This three-piece rock outfit is breaking stereotypes and wowing crowds across the nation with high-energy shows and a sound all their own.  ShowBaby has been described as a wall of sound that comes at you like a semi truck.  The band is getting ready to release their sophomore record, "Hightail Cocktail" to a national audience in Spring 2012.

ShowBaby's music can be heard on the following networks: