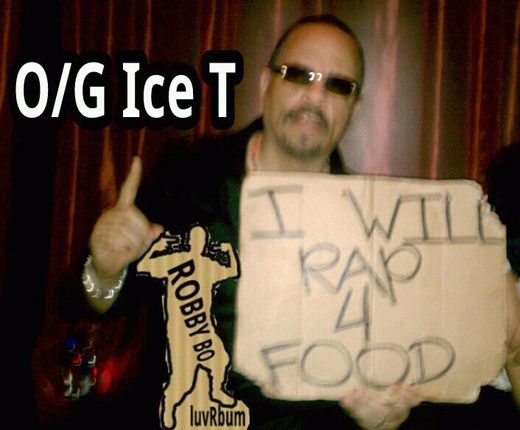 Robby Bo has been quoted to have a refreshing sound of hip hop. His educational but entertaining form of word play differs greatly from what we've come to know now as being the new generation of hip hop. Which is basically just a plethora of repetitively spoken sentences and choruses.  Robby Bo is bringing back lyrical content, and at the same time giving you a lesson of live you can not only relate to but dance to.  Robby Bo was born in Bakersfield California and brought to San Diego as a baby.  Where he grew up on the mean streets of South East San Diego.  Robby Bo started rapping at age 14.  Most people couldn't believe Robby Bo at the young age of 14 could be the writer of the lyrics he performed and sense then, that's the same reaction he looked for every time he sat down to write a song.  Robby Bo's creative and unique style of Hip Hop might of been and should have been saturating our air waves years ago if it wasn't for his dedication to the street life and being a gangster.  Life as a gang member on the streets of gang infested San Diego California lead him in and out of correctional facilities sense a juvenile.  Now Robby Bo just whats to express his life and his eye opening experiences with the world.  And hopefully help change some minds and some life's for the better. Robby BO does this with a lot of entertainment and a little knowledge and wisdom at a time.  He believes force feeding the people too much information at once only makes them rebel.  But if you get them dancing and acting crazy like we all like to do sometimes, then you can sneak it in on them and before you know it their up on game. Robby Bo has a sound unlike anyone in the industry and has a personality that sales itself.  His stage present is full of energy and crowd interaction.  Robby Bo writes and performs all of his material.  He's also a writer of many other genres like R&B, Reggae, Pop, Rock, Alternative, jingles you name it he can write it. He was quoted on his Reverbnation page as being one of the real artist in the game an definitely an Epic addition to Hip Hop.  Robby has recently opened up for e40, The alkohaliks, Sugga Free, Mr.Caponee and Big Boy from OutKast.  For more music go to www.reverbnation.com/robbybobo. Robby Bo is also the Founder of the Hip Hop Helping the Homeless movement called (I WILL RAP 4 FOOD).  I WILL RAP 4 FOOD is geared towards helping to raise funds resources and awareness for the homelessness problem in Las Vegas.  To help Robby Bo make HELPING THE HOMELESS HIP HOP go to http://www.iwillrap4food.com and start by pressing LIKE.  THANK YOU