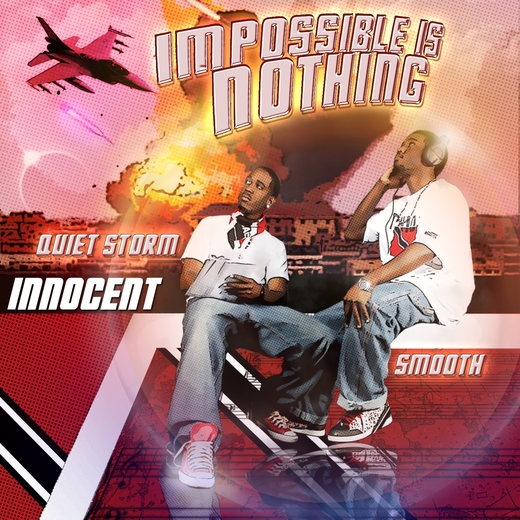 Daryl Francis Gibson & Darren Elliot Gibson now known as New3ra formerly known as Innocent, also known as The Trini Twins Smooth(Daryl) & Quiet Storm(Darren),made their debut performance of their Youtube known single “Take It Slow” on May 21st 2008 making history as the first Trinidadians (Trinis for short) to win BET’s 106&Park W.O.W(Wild Out Wednesday) R&B competition at the age 20. When it comes to music though, the twins are no stranger to it since they have been writing and performing since the age of 9. After moving from Trinidad,to West Palm Beach Florida,Jacksonville Florida, Auburn Alabama and now currently residing in ATL they have gained many musical tastes. Their versatility can range from Pop or Hip-Hop and before you know it some House music, Reggae,Soca and maybe even Techno.The dexterity of their music has caught the attention of many prominent producers & Djs in the U.S,West Indies and Overseas which include: Jedez (Germany), Slaughter(Trinidad), DRUMCC(Hawaii) and Maestro(U.S.) Grammy award winning producer of The Carter III. So keep your ears and eyes open for their Sophomore MIX-TAPE:Impossible Is Nothing II-Princes Of SanJuan this year(2012) Innocent aka New3ra are also in the works of launching their incredible anticipated debut album also entitled. Impossible is nothing!