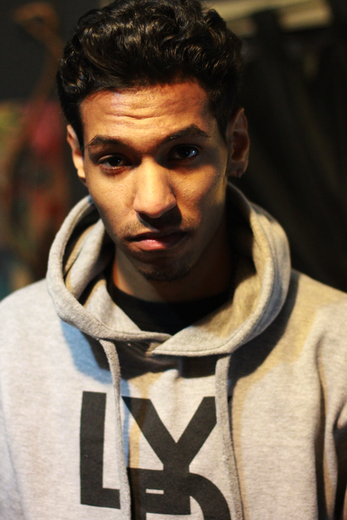 My Name is Dominic Jimenez but, i prefer my stage names MeLo/Meezy or Meezy Matisse'. Im 20 years old, and have a Degree in Graphic Design/Multi-media Arts, i also do photography, video directing and video editing. I am a army-brat and, have lived all around the world but, am currently living in Oxford, PA i do not have a hometown and i won't claim this place as my home because to me its not and doesn't feel like home. I recorded my first professional project in the summer of 2010 "The Coldest Of Hearts" EP with well-known Drummer Eric "Booty" Greene. That EP got me a few deals offered during the year all which i declined. Most recently i released my Free Album "The Coldest" which is the 2nd part of the EP avaliable for download now. I have been featured on a mixtape hosted by DJ KAY SLAY, The Coast2Coast Mixtape Indie Top 50 Mixtape, and have placed 2nd in a local festival called Valley Day and, 3rd in the Military Festival of the arts competition which is held around the world for best rap performance and this spring i plan on releasing my 2nd album "Pennslyvaliens" as well as audition for 106 & Parks W.O.W(Wild Out Wednesday) segment and NBC's show "The Voice" this March.

Thanks for Reading and enjoy the music
MeLo