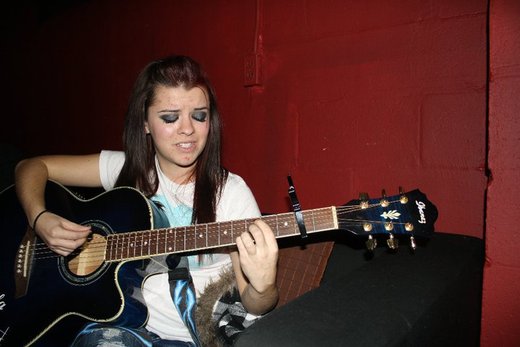 Kyla Mainous is a singer/songwriter from Hamilton, Ohio. She has been singing on stage since the age of 5, picked up a guitar at 13, and started writing songs soon after. Her first EP, Disaster, was released February 7, 2012, and she is slated to return to the studio to record her first full length CD this September. Kyla performs around the Cincinnati area, but hopes to branch out. She won Fairfield Idol in 2010, was runner up in Miami Idol in 2011, and is auditioned for the Voice this fall. You can find her on Facebook, Youtube, iTunes, BandCamp, and much more.