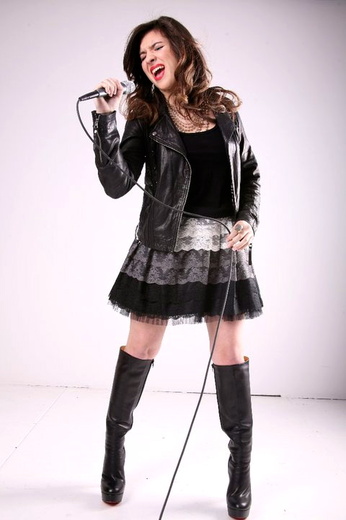 Katelyn Duran - singer/songwriter is a fiery mix of pop with soul influences. Growing up on a small farm in Pennsylvania never stopped her from pursuing her dreams outside of the hayfields. In 2009, she won the Wake Up Your Dreams teen vocal competition with her rendition of “At Last”. From there she recorded with Walt Maddox, lead singer of the Marcels. She had the opportunity to appear on “The Timmy Willis Show” and open up for “The Duprees” at the Palace Theatre. Katelyn also achieved the status as an All-State musician in 2011 for PMEA chorus. With her diverse tastes in music, Katelyn recorded her first album in New York City titled, “Heart On My Sleeve.” It is on sale on any digital music store. She has been featured on Scallywag and Vagabond, Flair Affair, Tfc Talent, and other several blogs. One of the tracks, Waiting For You (War Song), received Top 40 recognition in Soft Rock, April 2011 on ourstage. It is inspired by her passion for the military and patriotism of the United States. Katelyn is now currently studying Business Administration at Penn State University. She would like to spread a message of no matter where you come from, keep things in perspective and go for your dreams.