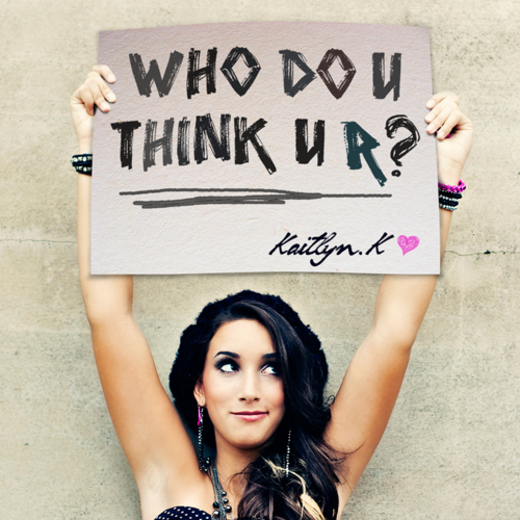 Kaitlyn Knippers is a 15 year old singer/songwriter/entertainer from the suburbs of Houston Texas, born with the natural talent to entertain. Entertaining family and friends at the young age of 7, Kaitlyn was soon called to sing at many churches, festivals and fairs. Her vocal talent, first noticed by her grandmother who took her to her first singing lesson for her 7th birthday, quickly began attracting notoriety. Dipping her toes in the Country music scene (being from Texas and all), it wasn't long before Kaitlyn was winning local and national competitions including, Best Singer in Texas, Colgate Country Showdown and Houston's Best Country Singer and was a featured singer on Maury's Most Talented Kids in America penned as the next Carrie Underwood. Kaitlyn's Rock/Pop inspiration was soon cultivated when she turned the ripe old age of 12. Listening to the likes of AC/DC, Heart, Queen, P!nk and Avril Lavinge. Encompassing the fun of being a teenager without the usual self importance drama, her style naturally progressed into more the Rock/Pop sound that we hear today. Recently winning the chance to open for British boy band 'JLS' and Hot Chelle Rae from Jive Records Kaitlyn received feedback from the bands that will last her a lifetime...such as "can't believe that sound came from a 14 year old, amazing". Kaitlyn is now booked to sing at Six Flags for upcoming Holidays and Summer Concert Series. Kaitlyn's debut EP titled 'Just Me' is a collaboration of songs portraying the true thoughts of a teenager. For more information check out www.KaitlynK.com.