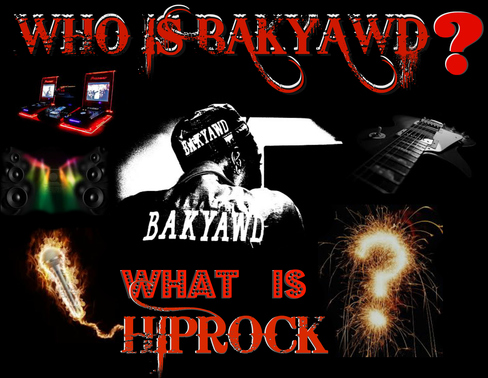 Atlanta, Ga. BAKYAWD the King of Hiprock debuted his style at Atlanta's Legendary Poole Palace. There he performed his New hit single” Do my thang! "The crowd went wild! BAKYAWD is the only Atlanta artist to do HipRock. BAKYAWD is a true performer not just a rapper. Since that day BAKYAWD has been performing all over Atlanta, Ga. gaining the respect he so deserves
BAKYAWD was born Jamal J. Jeffries a native of Atlanta who has been developing this style since the day he was inspired by Nirvana's Kurt Cobain in 1994",when BAKYAWD was 15 years of age from the song "Smells Like Teen Spirit". At first he was looked at funny because at the time no one dared play an instrument and tried to rap. Being turned away at many club doors BAKYAWD never gave up and kept making music and improving his skills. BAKYAWD always felt that the combination of hip-hop and rock was the sound of the future.which proves to be right if you look at were the industry, is headed in today’s time. Artist of today include rock feel in there music now such as LIL JOHN, KANYE WEST, EMINEM, LIL WAYNE, OUTKAST,SHOP BOYZ, WIZ KALIFA and even Jay-Z who just recently got clearance to use Nirvana's "Smells Like Teen Spirit"lyrics in his new song "Holy Grail" on the up and coming Album "Magna Carta".
BAKYAWD says seeing the music do what he predicted gave him more drive than ever. BAKYAWD hit the studio and started recording more and more Hiprock, feeling like it was now or never. What the world was afraid of or didn’t understand, now they accept with an open mind so being ahead of time put me on time says BAKYAWD
BAKYAWD is like the Chuck Berry of our time a new and changing sound for music. Even now, artist that are already established are publicly trying to catch up. More and more artist are now getting the idea only thing is BAKYAWD is already there.
The industry is nothing new to BAKYAWD. BAKYAWD has been recording since 1998.BAKYAWD also was an intern/engineer for Radio One Atlanta; there he learned the business and how to start his own company and how to market it. There he witnessed Christopher Bridges aka Chris Luva Luva transform into LUDACRIS.This motivated BAKYAWD in a way nothing else could. This showed BAKYAWD that with determination and grind he could achieve this also
BAKYAWD started up Lozt Citey Inc. in 2003 the same year he was paid to record a skit on the LUDACRIS album Chicken&Beer (Interactive skit). Since then the Hiprock experience has been in full effect, from new artist becoming involved to new producers etc. Songs such as"Do My Thang!" , "Kiss M.O.L.L.Y."and tribute song "Kurt Cobain" are more hits under the Hiprock belt that can't be denied like "Rocker Ca$h" Coming Soon.
BAKYAWD is far from being done with hiprock. BAKYAWD says he wants to start a real hiprock band and take this to the next level, performing till he's older and ripe like Parliament Funkadelic.BAKYAWD is really focused on making Hiprock a true genre.
BAKYAWD can be viewed on: YOUTUBE,FACEBOOK,TWITTER BLOGGER, GOOGLE.
BAKYAWD is really more interested in the rising of the genre HipRock through business and marketing stratagies. BAKYAWD started two companies to help in these endeavors.One is Lozt Citey Inc./Music Business Consultants built to help more people learn the business/2003 and Insta-Leak record pool made to break artist musicians and bands headed toward the HipRock catalog/2013. BAKYAWD is the total package how many artist can you say you have that do it all write,recite, harmonize, dance, play a guitar,and understands business and marketing. 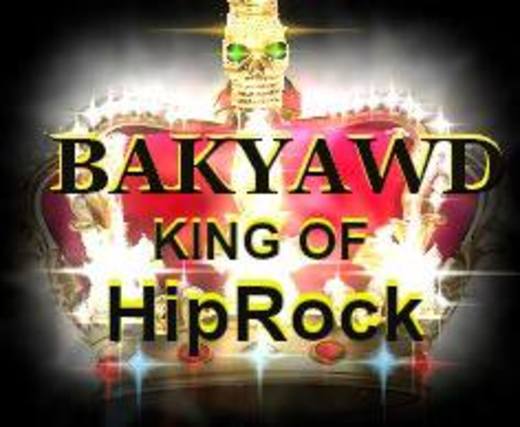