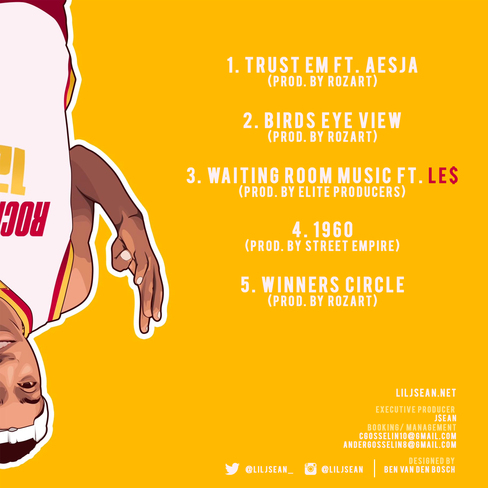 Essix is A 19 year old, Born in Alabama, When J was younger he moved city to city in his early teens, finaly settled down in the city of Houston Tx, and became a resident.

Taking notes from the true OG's above him and encorperating his own style to the Houston scene.

Vocally J$EAN doesnt sound like anybody, nor can he be compared to anybody in the HOUSTON area, hes got a fast, switching flow, with mad tempo, aggression, and clarity that projects through a building. With eclectic sounding instrumentals from insperations such as Mac Dre, Common, Ugk, Mos Def, Snoop Dog,Bun B, Harry Fraud, Johnny Juliano, Big Sean, Lil Wayne, ZRO, and Curren$y. J$EAN formed his own unique hip sound, thats something the city of HOUSTON, has never seen, not even Jas Prince.

Skys the Limit for this 19 year old coming out of the H, with mad potential, age, and management, nothing can stop him from being on everyones radio stations, or becoming the "NEWEST LOCAL", to be on the stage WITH ALL THE HOT artists, coming in to the state of TEXAS.