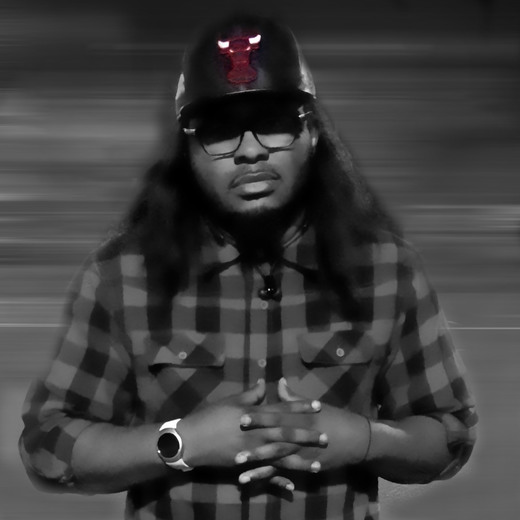 Have you listened to Luvy lately? Out-spoken, spontaneous, sophisticated, talented… theses are just a few of the words that define this rising star.

The music that he makes is curiously devised to relay a story to the listener. His messages are of relatable themes and ideas which garners him a large musical following. LV’s propensity for the community is one of the reasons that he makes conscientious music. “It is always about the kids and the community, “ he says. Enter The Voice Of The People: Luvy “LV” Murray.
Coming down the pipe, LV has 2 new albums and a few movies coming in his near projects.

The Album: WHAT’S YOUR STORY – My story and the listeners story as well. People who are struggling, going through all types of situation. The album is to help people take heed and empower them to overcome their trials and tribulations. My role with this album is as a counselor offering relief to whatever the situation may be. An example of what you can look forward to hearing from this project would be the first single. Strength is about a young girl who is taking abuse from both the father and mother. This song details her dilemma on if she should walk out the door. Another meaningful track on the project: Bring Hip Hop Back. This moniker should be something every Hip Hop head should be familiar with. This is a plea from artist to help bring Hip Hop back to life. Overall, this album promises to be an interesting mixture of original beats, quality production and inspiring lyrical content. Wait for it…

The 2nd Album: CHAPTER II [BOOK OF DREAMS] – Following the 1st album WHAT'S YOUR STORY which describes life on a much broader scale, pain, love and a few untold lines in his life. This Chapter II being his 3rd album but only his 2nd Chapter in his Book of Revolutions he tells about dreams and broken promises as well as stories from all across the world. Luvy Bka LV The Voice is one of the best Young Story tellers since Slick Rick, Nas and Outkast been giving it up.

In 1998 LV founded LuvProductionz to continue working with local and mainstream artist and to start giving back to the community which helped shape his character and musical endeavors. Engineering, producing, Branding and Marketing is his arsenal. Which he also become a director and editor as well. True to his word, Luvy enjoys time with the children, which lead him in 2007 to found the We Love Our Kids Foundation (W.L.K.).

LV has been building his fan base through various venues and it can be noted that his ambitions are colossal. His visible and audible presence in business, music, and in life transcends barriers. His attention to detail and ability to think outside of the box has been always been a great asset for the artist. For those interested in following his moves, LV has a radio show, MY FLOW IS RETARDED and RELATIONSHIP RADIO (www.MFIRRADIO.COM) airing every Saturday from 11pm to 1am. For other information you can take a look atwww.Revebnation.com/Luvproductionz