Music Notes & Dollar Signs Entertainment (MNDS) own is keeping North Carolina on the map. Credibility is not an issue for this Newark bred artist. With his heavy hitting punchlines and his unique use of metaphors, Felony Fame also known as Propane Fame, continues to cause buzz in the streets with his recent singles “Give & Go,” “Wish List” and “Beastie Boy” from his “Dirty Laundry” album/short film presented by his label MNDS.

Moving to North Carolina at an early age, this rising phenomenon’s exposure to diverse experiences allowed him the opportunity to gain knowledge that has been expressed through his music. After spending time in North Carolina, Felony Fame came back to his birthplace [New Jersey] in attempt to escape the negative path that many young men often fall into; focusing on studies and developing as an artist in his dedication to the art of hip hop. Graduating from high school, he decided to dedicate his time to his rhymes. "I chose the name Felony Fame because I wanted to be known for making records, not having a criminal record. I have an alter ego "Propane" Fame which showcases my versatility and creativity on records that are for any genre. The Felony happens to be for the streets." Fame’s determination and uniqueness landed his music in the hands of Dipset’s own Cam’ron

With the remarkable feedback of his mixtape “’Til Death Do Us Part,” there is no doubt that Felony Fame will bring both North Carolina and New Jersey to prominence in the game. His unique style is one that is far from duplicated; he’s raising bars for hip hop artists both new and old. With his career on a steady rise, Felony Fame can be noted for his appearance on Cam'ron & The U.N. present "Heat in Here" Vol. 1 and numerous mixtapes. Fame has also appeared alongside Hip Hop heavyweight 50 Cent on film in "Before I Self Destruct" and appeared on MTV's reality show "My Life as Liz." Holding his own, Felony Fame has performed at numerous venues and in Hip Hop publications The Source Magazine and Hip Hop Weekly

Confidence is key, but with a strong support system of music peers, fans and family as well as pure raw talent, the future of hip hop is destined for greatness. 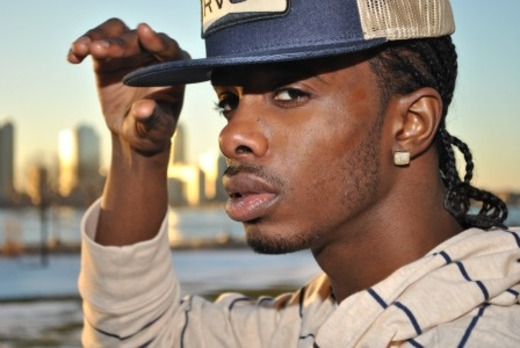