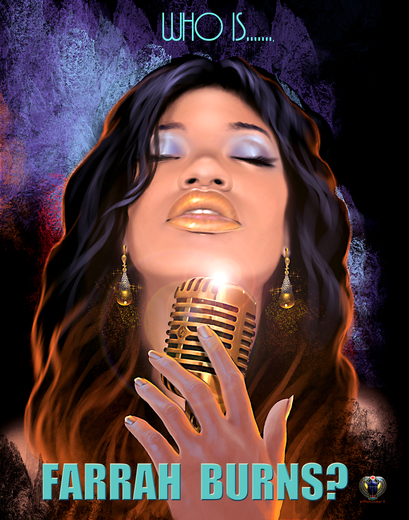 Want to know who's the next leading lady in hip-hop? Look no further, her name is Farrah Burns. This Haitian beauty moved to Brooklyn, New York at the age of twelve when the hip-hop industry was flooded with diversity. She began her performance career headlining in New York City hot spots like Joes Pub, SOB's, Knitting Factory, APOLLO, South Paw, Galapagos, Canal Room, Webster Hall, Lyricist Lounge and Philadelphia's own Mecca for soul performances Black Lily. Farrah's indeed blessed with one of greatest hip-hop voices around. Resonant and confidant, her smooth and sexy flow embraces you. While her live performances leaves you with one question, where can I get her CD?

Her first Album Oval Metal (available on itunes) landed her the Under Ground Music Awards for Best Female Rapper in 2008. Her new single entitled ''Shot Gun Wedding'' is a power house. Based on a true story she depicts a tale of her father and his insecurities about complexion, it's a definite tear jerker. The song really hits home as she paints a vivid picture of the many problems we face today Light skin vs Dark skin. Farrah teamed up with Visionary Glen Graham (Videographer) and the insanely talented Producer Kurser Fabrice to launch the Shot Gun Wedding Movement. When asked what the movement represents she replied ''Shot Gun Wedding'' is more than just a song, it's raising awareness and encouraging open discussions at the dinner table. These are the same issues that's rocking our foundation now. I wan't to do what the Cosby's did for me but it in a hip hop way''

Farrah Burns also known as Farrah Boulé is not afraid to rep her Haitian Roots. Her new viral video ''I Wanna Rock'' produced by Glen Graham expresses lyrical calisthenics to the max with her live and direct flow, your bound to keep your head bopping. Quotes like ''Everything's mainstream and dumb down/ me? I actually read you'll find out'' and ''The west was the west the east the east/ two kings had beef now they both deceased'' are powerful words coming from a young woman with intentions on taking the music industry by storm. Farrah Burns is indeed an Artist that will be around for years to come. Brandishing dope lyrics over hypnotic tracks while evolving into something we’ve dreamed of seeing in our generation. She is without a doubt transcending the sound of hip hop with her free thinking, free will and free styles. When Farrah speaks humanity listens.