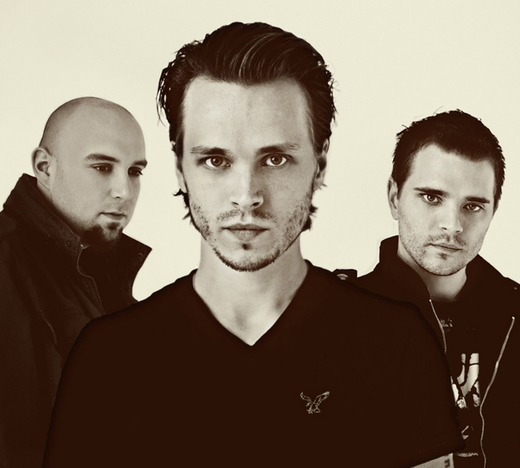 Jonathan Jackson + Enation are an anthemic American rock band with a Euro/Rock flare which CDBaby calls ‘One of indie’s premier rock bands’. Their music has been featured on MTV.com, ‘One Tree Hill’, and ‘General Hospital’, as well as made it into the Top National iTunes Alternative charts.
Jonathan Jackson is also a five-time Emmy Award winning actor who can currently be seen on the ABC primetime drama ‘Nashville’. Jonathan plays Avery Barkley, an up and coming singer-songwriter trying to make it in Music City.
Jonathan has released singles from 'Nashville' -- 'Twist of Barbwire', 'Kiss' and his original anthem, 'The Morning of the Rain' -- each one produced by Grammy and Oscar winning producer T-Bone Burnett. The 'Nashville' season one soundtrack is a hit record across America.
Jonathan Jackson + Enation were national winners of the AOL sponsored social media competition for About.Me, getting them featured on the front page of AOL and on a billboard in the heart of Times Square in NYC.
MUSIC BENEATH THE SURFACE
'The first thing people ask us if they've never heard us before is who do you sound like? Well, we like to say that it's as if U2, Radiohead, and Bob Dylan all got together for breakfast, decided to adopt a baby boy, gave it our name, and then left it to fend for itself,' drummer Richard Lee Jackson says.
Jonathan Jackson, lead singer, songwriter, guitar and piano player for the band, speaks up. 'Bands like Coldplay, U2, and Pearl Jam are great examples of artists who are dedicated to their craft but who also see their music as a vehicle for emotional and social change. In short, they are bands who have inspired us to go beneath the surface, to create songs that are not just for entertainment -- but for emotional and spiritual connection, enlightenment, and social change.'
'It's all about having integrity as an artist,' says bassist Daniel Sweatt. 'There are a lot of bands out there who are okay dwelling on the surface of things -- which is totally fine for them, and there's some good music out there doing that. But surface is not us. We're looking to go deeper, to have music that's beneath the surface.'
Jonathan Jackson + Enation also partner with the charities The Syria Project, an organization helping to bring aid to Syrian refugees caught in the middle of their bloody Civil War, and the anti-human trafficking organization NOT FOR SALE which helps bring awareness to combat the growing global atrocity of modern-day slavery.
The founding members, Jonathan Jackson, Richard Lee Jackson, and Daniel Sweatt, now inhabit Jonathan Jackson + Enation as a tour-de-force three piece. They continue to create music that has given them the reviews and reputation as being one of the premier indie bands in America -- highlighting one of the most dynamic vocalist’s and songwriters of their generation in Jonathan Jackson.
REVIEWS
"Masterfully written songs. Frontman Jonathan has an exceptional quality in his vocals...”
~ RADIOINDY
"Fast becoming recognized as one of the best epic rock band's around… one of indie's premier rock bands."
~ CD BABY / Notable Artist
"Jackson is an accomplished songwriter in his own right..."
~ TV Guide.com
"A rock band with a bright future."
~ MTV Sponsored OurStage
"Much like the bands they are compared to, audiences seem to be left breathless by the passion and power of their live concert experience."
~ CLARKCOUNTYLIVE.com
"Legions of fans have latched onto and propelled Jonathan and Enation to the forefront of the independent rock world."
~ PLANETVERGE.com
Connect with us:
JonathanJackson.com
Twitter: @JonathanJackson
Twitter (Band): @Enation
Instagram: @Enation
Facebook: EnationMusic

"A rock band with a bright future." – OurStage