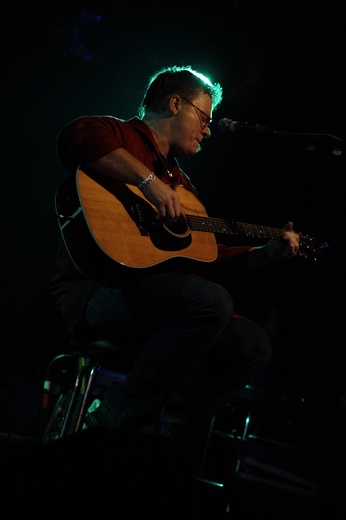 In addition to his Classic Rock Blues Band,  Red Velvet Mojo, Brian performs as a solo acoustic act in venues throughout Atlanta.  Since the release of his debut album, And Then There Were Songs, Brian has been invited to play at venues and house concerts across the country, with dates in Washington, D.C., Memphis, TN, Portland, OR, Tupelo, MS and Fayetteville, AR, Jupiter, FL and St. Augustine, FL, in addition to Atlanta dates.  Brian has performed at such notable venues as B.B. Kings in Memphis, The Bluebird Café in Nashville and Eddie’s Attic in Atlanta.  He’s also played numerous festivals such as Atlanta Summer Shades Festival, Oleput Festival and Okaleelah Festivals in North Mississippi.  Brian also contributes his talents to various causes including 500 Songs For Kids Foundation and American Cancer Society’s Relay for Life.  Brian’s style ranges from blues to pop to folk to rock and country.  Having been a staff writer in Nashville, Brian honed his craft writing with such heavyweights as Marty Haggard(Merle’s son), Earl Bud Lee(Friends in Low Places), Marty Raybon (Shenandoah), Producer Michael Anthony Curtis and others.  He’s taken what he’s learned and developed a style that is true and heartfelt.  He can make you cry and then melt your brain with a blistering guitar solo.  He is a veteran, having served as an officer in the United States Army and currently lives in Lilburn, just outside of Atlanta, GA with his wife and five girls.