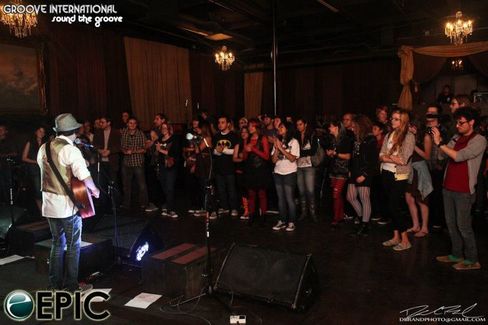 Becoming Avalon is a folk band based in Southern California.Becoming Avalon was first conceived by Justin La Torre in his junior year of high school in 2007, after departing from Simi Valley punk band No Advisory. Having been inspired by the budding local folk/acoustic scene, Justin went back to basics: one voice, one instrument.Becoming Avalon's first full-length album, Keep Your Eyes North, was released in September 2011 on iTunes and BandCamp. The follow up EP, Quiet War, was released November 2013 digitally.Check out a review of Quiet War here:http://www.theequalground.com/1/post/2014/02/becoming-avalon-quiet-war.html