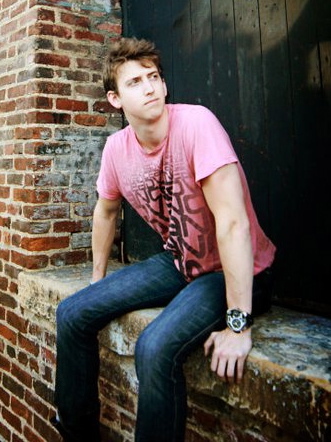 It’s sometimes hard to combine the spirit of a soulful songcrafter and the energy of a concert artist, but Austin Renfroe brings both to the page and stage. The Atlanta native is quickly making his mark as one to watch! With the release of his first album in 2008 – Stuck in Your Head – followed by his buzz-producing Unexpected EP in 2010, Austin has garnered critical and fan acclaim, as well as selling hundreds of thousands of digital downloads and streams, creating an even bigger platform for this up and comer to reach his audience. In 2010 he performed along side many of the nations top musical acts at the Macy's Great Tree Lighting, performing his original Christmas song entitled "Brand New Christmas". He has been touring the country performing mostly on college campus's, thanks to his 6 selected showcases through NACA. He will be showcasing soon at APCA Nationals in Atlanta, GA on March 21st. Austin was voted the winner of SiriusXM's Breaks The Band in July '11 with his single "Taking Me Under". The song was played on SiriusXM's Hits 1, The Pop Ten with Lance Bass, Cosmo's Wake Up With Taylor, and Cocktails With Patrick. Recently crowned the Intel Superstar, Austin's song "Taking Me Under" was selected out of almost 40,000 others as the winner of $10k and a surprise trip to Anaheim, CA to perform at the NAMM conference in the Orange Amp booth as well as getting to play the Intel booth at CES in Los Vegas. You can catch Austin on Episode 2 of The Ourstage Panel and the Season 1 Finale or see him live on one of his tour dates near you, which should be easy since there are over 100 shows in North America this year (2013). His single "Break Your Heart" released in February via all major online distributers to help promote for his upcoming full length album and has segued into a national tour of 70 shows from January till May '13. Stay tuned for updates and release info right here or on twitter @AustinRenfroe.