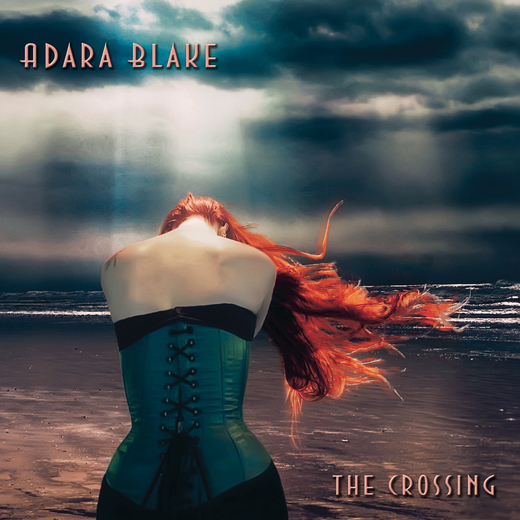 Adara Blake’s music has been described as an eclectic mix of folk, pop, jazz & contemporary with the undertones of a speakeasy torch singer.It is heartfelt, insightful, moody & joyful

Adara Blake was raised with her three brothers in the small, beautiful town of Sedona,Arizona.She grew up with no television & very little radio until she was a teenager.

The music she was exposed to as a child was primarily her mothers music collection which was a combination of 50’s, 60’s & some 70’s music.Her mother would also sing to her many folk songs as well as popular songs from her era. This inspired her from a very young ageto write her own songs & sing

When Adara was in High school, she took a songwriting workshop, which was a catalyst for her. She realized that she had a way of telling stories & connecting with others in a very unique & intimate way. It was the songwriting that made her want to pursue music seriously. She began learning guitar & the creative floodgates were opened

In the summer of 2002, she moved to Portland, Oregon in search of a larger music community.  Adara continued performing as a solo artist as well as joined the female fronted, dark rock band Stabitha as rhythm guitar player and harmony vocalist. She also fronted the bands Ink Petal & Opticollide. Exploring genres from folk, pop ,rock, jazz & melodic metal just to name a few. All of which helped her expand her writing, understanding & love of music

Adara’s evolution as a musician was also greatly influenced as she began to record & produce her own music.She started a small recording studio out of her home & began to produce & record other local musicians as well. Delving into the world of recording, really impacted the way she thinks about, writes, creates & hears music today

Adara began struggling with carpal tunnel & lost more than half her strength in her left hand. She was quite distraught at first, liking her independence & not wanting to necessarily depend on others to make music. It was hard for her to imagine learning a whole new instrument after playing guitar for over a decade

Adara began learning piano about six years ago. It was daunting at first, but she was lucky to have a wonderful friend come into her life & teach her how to translate her knowledge of the guitar to the piano.What initially was quite disheartening, became a blessing in disguise.Becoming a pianist, has opened up Adara’s scope as a songwriter & singer

After Seven years in Portland, she was ready for a change and moved back to her home town of Sedona. She wanted to reconnect with her singer, songwriter, acoustic roots & be closer to her family

Adara currently plays shows around the southwest as a solo artist & with her trio. She has just finished her new album "The Crossing" which was released in May of 2014.